The concept of reflected light is as old as image creation itself. In the past reflected light has been used to support other lighting situations, now it can possibly be a predominant lighting practice: versatile, creative and with some unprecedented advantages.

The concept of creating the illusion of natural light, deriving from a very far distance, even in the smallest most confined space, is achievable using the dedolight Lightstream system. In practice, reflected light can be used to enhance the sensation of space and depth, creating a three-dimensional illusion. It can offer a very different character compared to other kinds of lighting.
Dedolight PB70 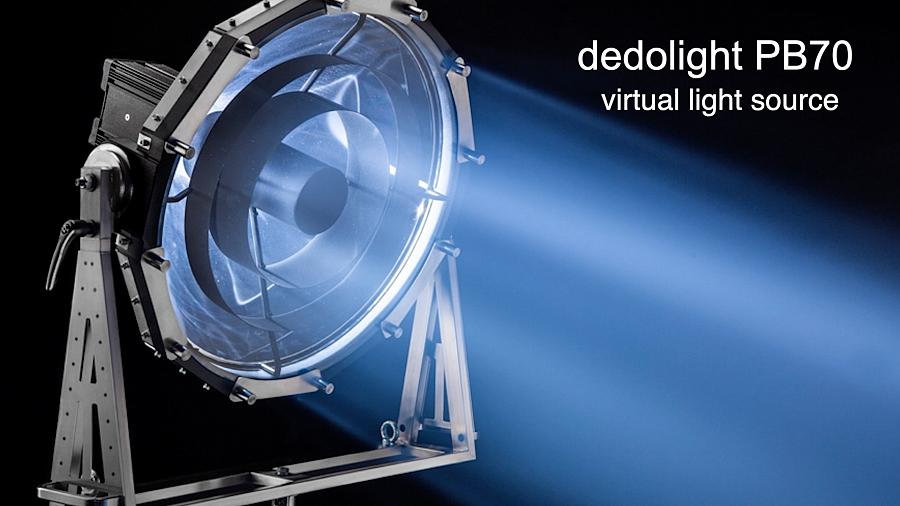 The largest parallel beam lighting instrument provided by dedolight is the parabolic beam light called the PB70. This provides a parallel light source that is clean and homogeneous - this is achieved with a parabolic reflector which works best with a point light source; as such a metal halide HMI light source is used in the PB70.

This special light source provides homogeneous color, maintained through the entire lifetime, and modified for clean light distribution and the smoothest near parallel beam light possible within the parabolic reflector.

When our actors move the change of intensity is less noticeable than we've known before. This inverse square law is defined as double the distance one quarter of the light. Now we know different ways to overcome these deficiencies - dedolight Lightstream with the PB70 light is also a very effective tool in this matter.